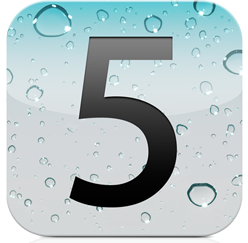 So a few weeks ago, October 12th to be specific, Apple hit us with another update! Personally I think iOS 5.0 is the biggest change if you are comparing an iPhone 4 to an iPhone 4S. There are a few changes to the hardware; a better camera mainly.

I had been waiting for a pretty long time for iOS 5.0 to be released mainly because of the wireless syncing feature. The first thing i thought about when it was released was, is there a jailbreak for this? When I started looking around for a jailbreak, I managed to find a tethered jailbreak from the RedSnow site and I do not normally go for tethered jailbreaks but it was too tempting!

I went ahead and upgraded and to my surprise was un-tethered! I looked around and there was nothing confirmed about a un-tethered jailbreak so I came to the conclusion that because I have the older version of the 3GS which has an older bootrom, the exploit worked properly and permanently! (until restore)

I am not going to go into detail on how to jailbreak because im pretty sure someone else out there will do a much better job at it. A quick google search should find you a good guide.
Jailbreak for iOS 5.0: http://www.redsn0w.us/2010/03/download-direct-links-jailbreak-guides.html (I used v0.9.9b7)

Video of me with my iPhone showing that it is actually jailbroken.

Needless to say, after I solved the jailbreaking issue, a handful of other problems started to appear.